How to deal with loneliness? 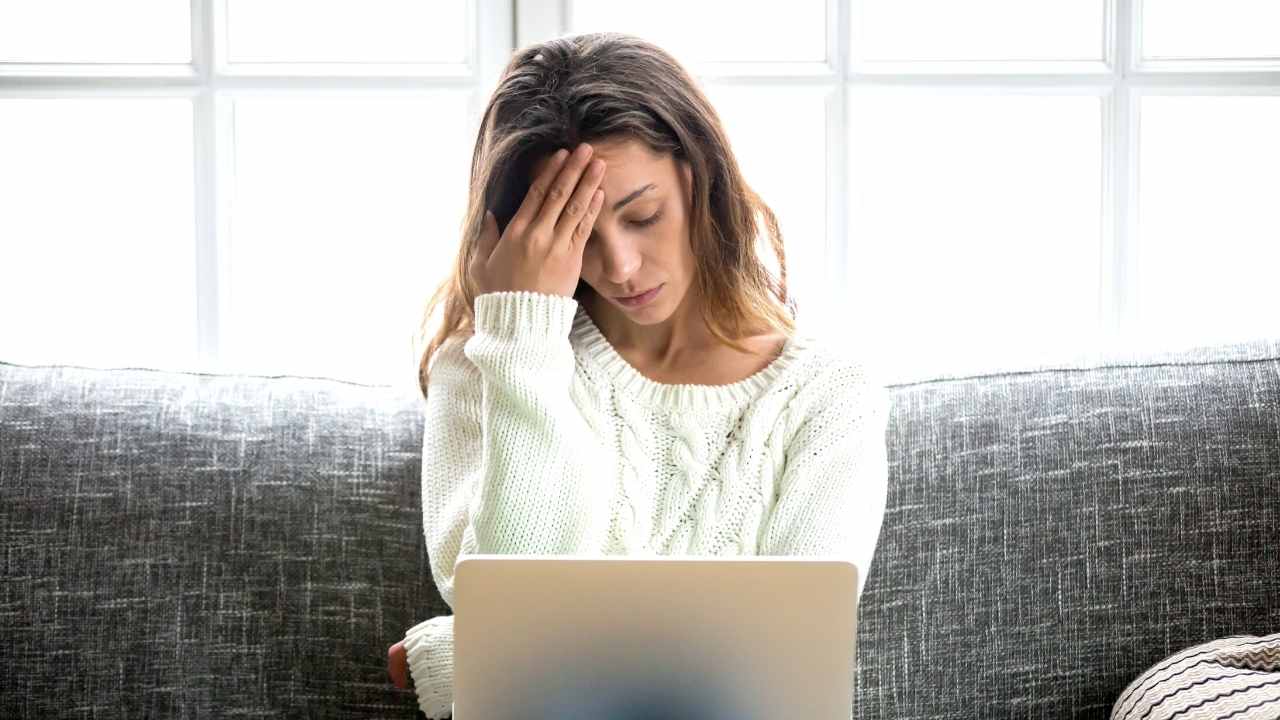 Research has shown that loneliness is found throughout the society, including among people in marriages along with other strong relationships, and those with successful careers. As a subjective emotion, people experience loneliness even when surrounded by other people.

But, do you know that the word ‘loneliness’ or ‘lonely’ is actually a misnomer?

The one who calls himself lonely is actually never ‘lonely’.

Acharya Prashant deepens our understanding about loneliness through the following five points.

1. A lonely person is never 'lonely' 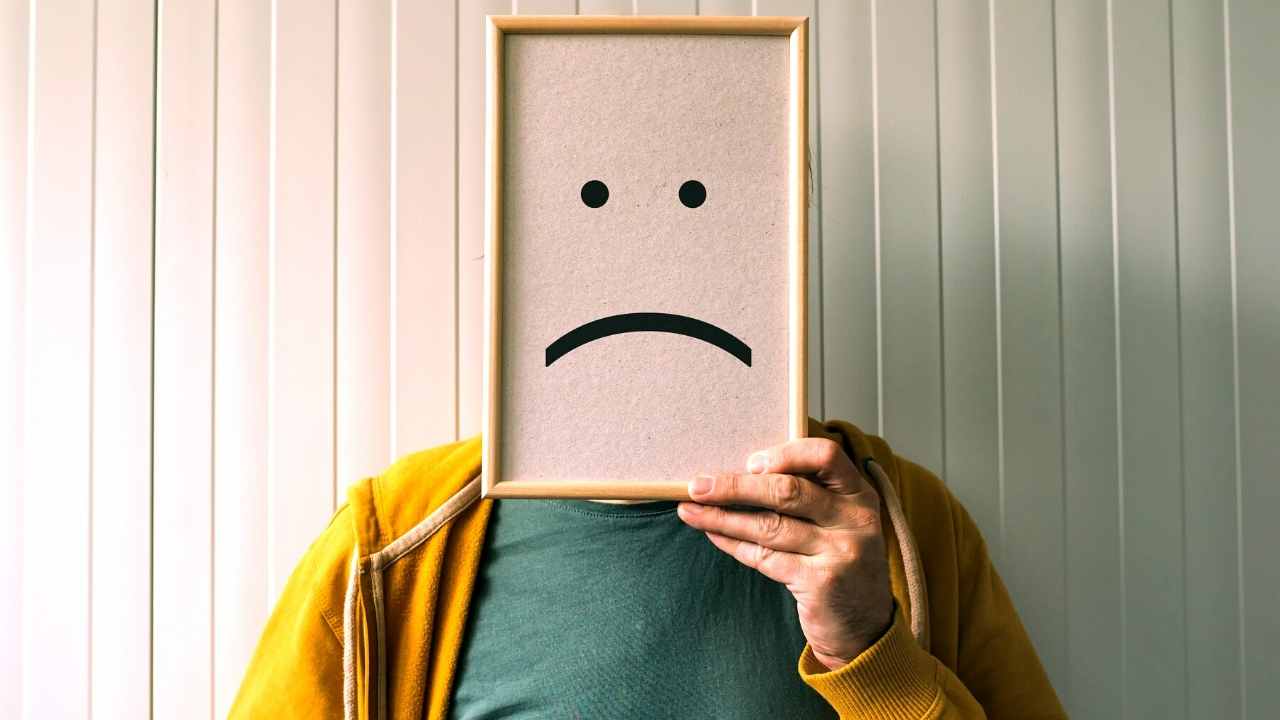 Traditionally, it has been said that the lonely person is the one who is needing somebody else’s company, right? You look at it a little differently. You go a little deeper into it.

If lonely means not being with anybody, not having anybody to accompany you, then the one who is lonely is actually never without company. He or she always has company.

And whose company does this person have? This person always has his own company.

This will make it easier for us to understand.

He has so much in him and going through him.

That is the mind of the lonely person—occupied with itself.

2. A lonely person is always surrounded 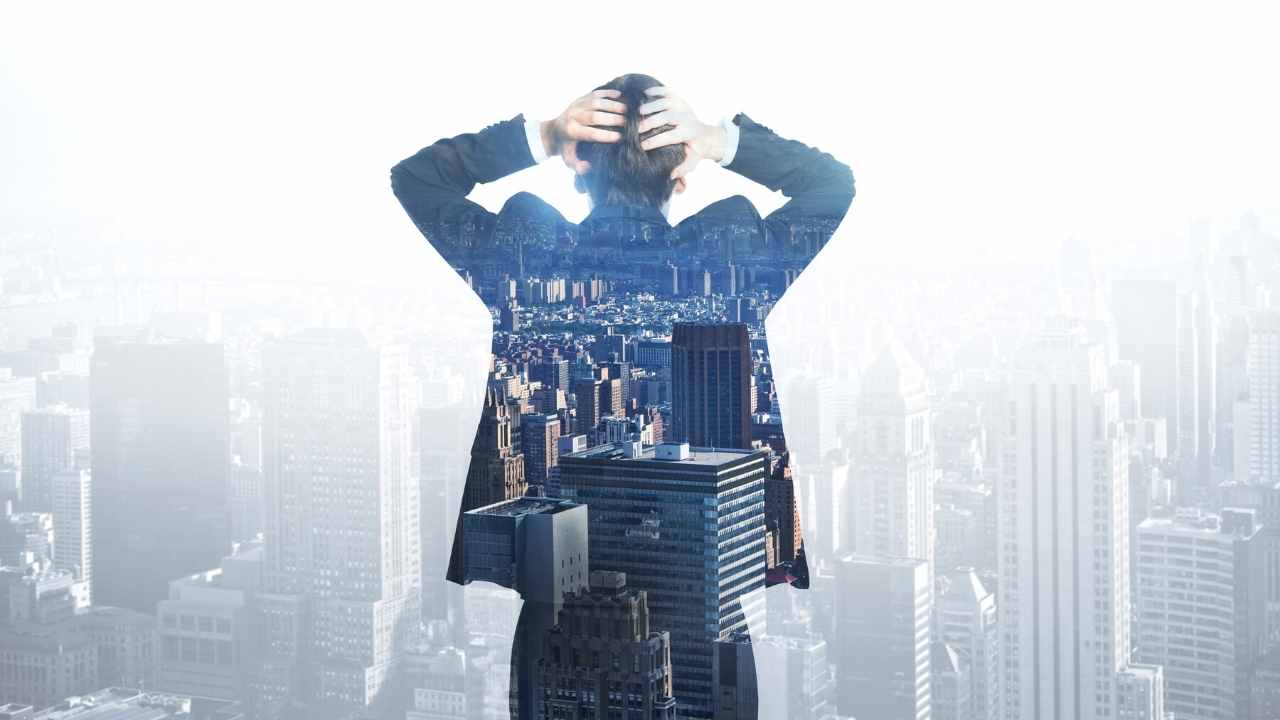 Are you worried about yourself?
Is your self-interest paramount to you?
Do the thoughts of future keep chasing you?
Do memories keep haunting you?
Do you want to hold on to your relationships?

If so, then you need to understand that you are lonely.

To be lonely is to be surrounded. Surrounded not necessarily on the outside, but surely within.

It’s like you are sitting at a coffee table with two chairs. There is a center table, there is a chair, and there is another one opposite to it. On one chair are you seated. And on the other chair, again you are seated. And you are busy conversating. To whom? To yourself. You are always talking to yourself.

And there’s a huge world, a huge reality around you, but you cannot look at it because you are always talking to yourself.

That is the state of the lonely person.

3. A strange relationship with the world 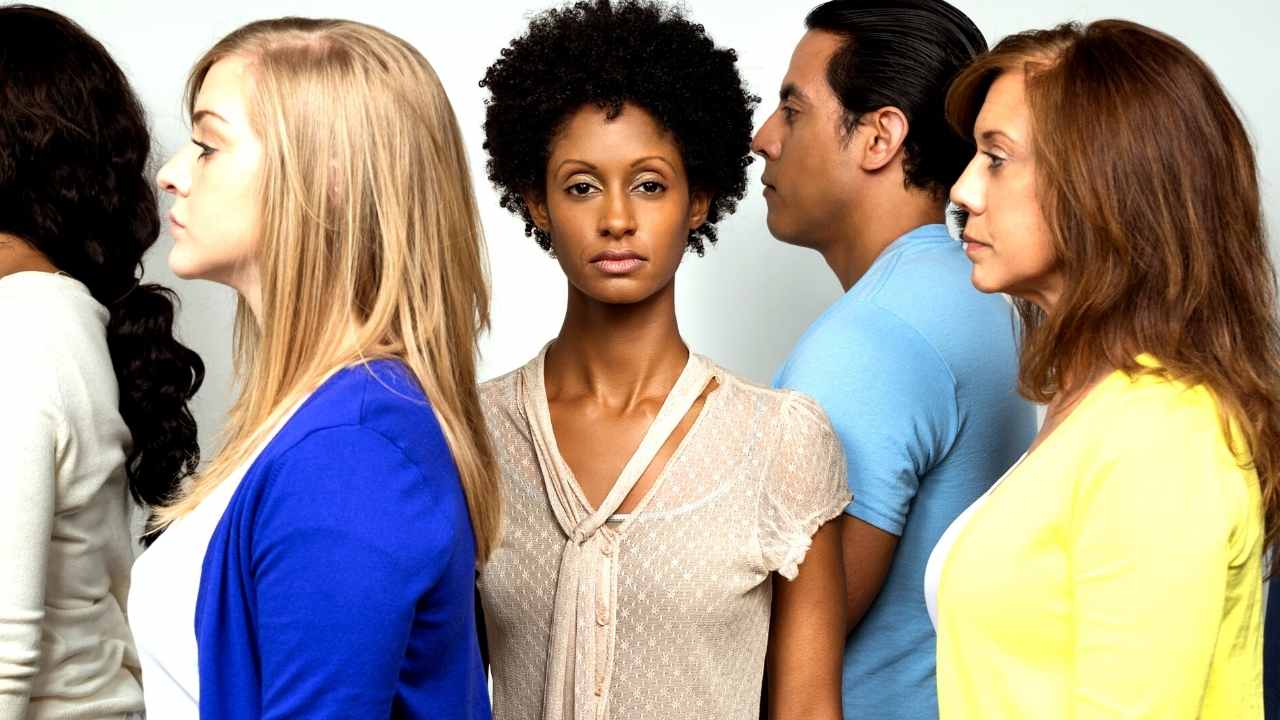 When the world appears friendly, he cannot trust it. He knows he is not really deserving of the friendliness. He knows the world too cannot really be trusted. Things come and go. And when the world is unfriendly towards him, then obviously he has reason for despair.

It is far from an empty dinner table. It is a restaurant choked to capacity and serving distasteful dishes. Let not the world make you visualize a barren desert. Loneliness is not at all a barren desert. Loneliness is a teeming crowd. People people people everywhere. The world the world the world everywhere. A world that is unknown. A world that really can never be fully known. Nevertheless, a world that is the only hope of the lonely person.

And what is he doing with himself? Thinking of his own welfare, “What will happen to me? There is me, there is the world. What will the world make of me? What can I get from the world? And how do I save myself from the world?” It’s a strange relationship that one has with the world. 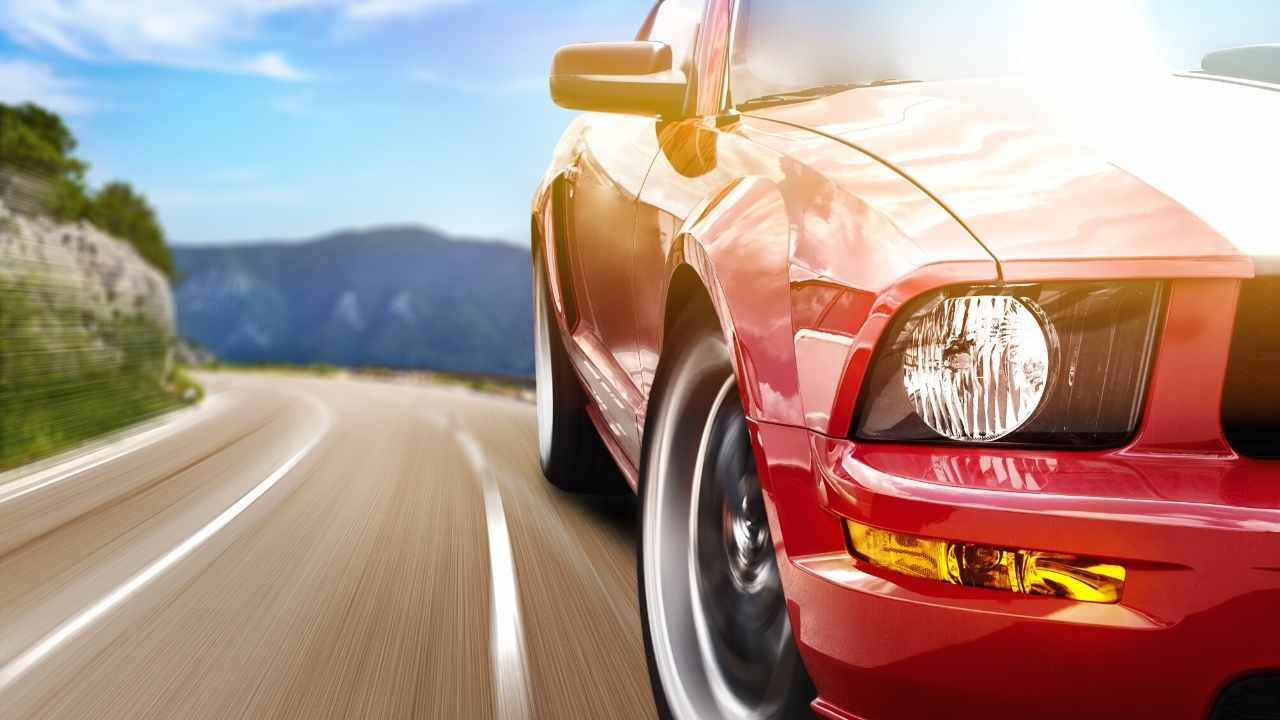 You may look at a car. You do not look at a car just as a car. You look at the car in relation to yourself. "How big is it compared to my car? When can I have that car? The driver of that car zoomed past me, did he mean insult to me? The color of this car is similar to the color of my first bike." That is how we look at cars. “I have to overtake this car.”

What is common between all these statements? There is the car with reference to ‘me’. Because I am always busy with myself hence I cannot look at everything except in relation to me. That is how the lonely person’s world exists. It is a dualistic world. He looks at the world in relation to himself. That is the world of the lonely person because his is a self-centered world. He looks at a car with respect to ‘I’. He looks at anything with respect to ‘I’.

The world of the fellow who is not lonely and who is depicted by the word ‘alone’ is fundamentally different. In that world, there is just the car. The car as it is. Not the car with respect to the person. The car just as it is. Nothing added to it. Nothing subtracted from it. Just the ‘fact’.

5. A healthy relationship with the world 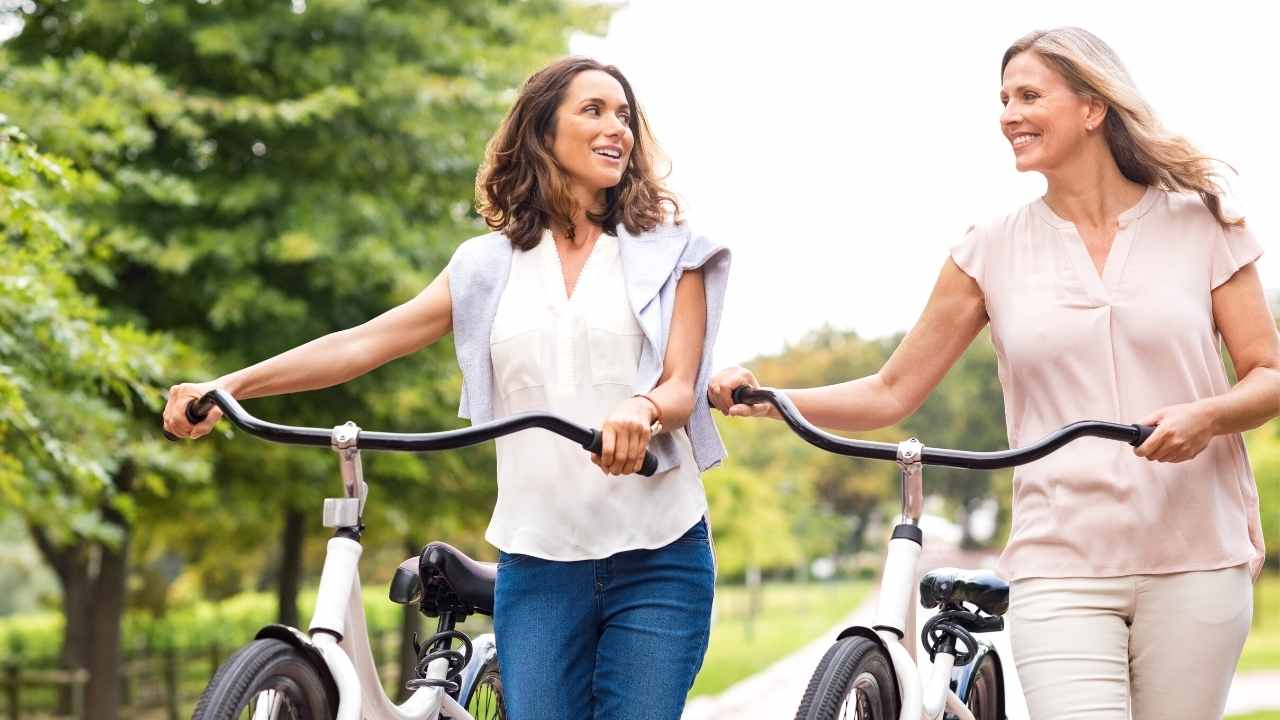 A strange thing happens in the case of this fellow who is called alone. The world keeps changing its shapes, forms, keeps getting modified, keeps flowing, but this fellow does not quite flow with the world.

When the fellow who is alone is with the world, he is not being changed by the world he is with. He might be with any color, any part, any mood of the world, something inside him remains free of all moods. Therefore he becomes available.

To the lonely fellow, the world, as we said, is both a danger and an opportunity. Hence, he cannot become available. He is necessarily attracted to some part, and afraid of the remaining part.

Even when he is with so-called friends, he is talking not to the friends, but to his projections of who they are. Fighting enemies, he is fighting phantoms. And loving friends, he is loving dreams. All his love is dream stuff. And that is why his love so frequently gets hurt.

Acharya Prashant is an emerging champion of socio-spiritual awakening in the world today. An alumnus of IIT-Delhi and IIM-Ahmedabad, and a former Civil Services officer, Acharya Prashant is an acclaimed Speaker, Vedanta Teacher and author of over 50 books. Apart from that he wears various hats: a veganism promoter, an environmental activist, a science activist, a campaigner against superstition, and a champion of essential human freedom. Know More