What Makes India a Nation? 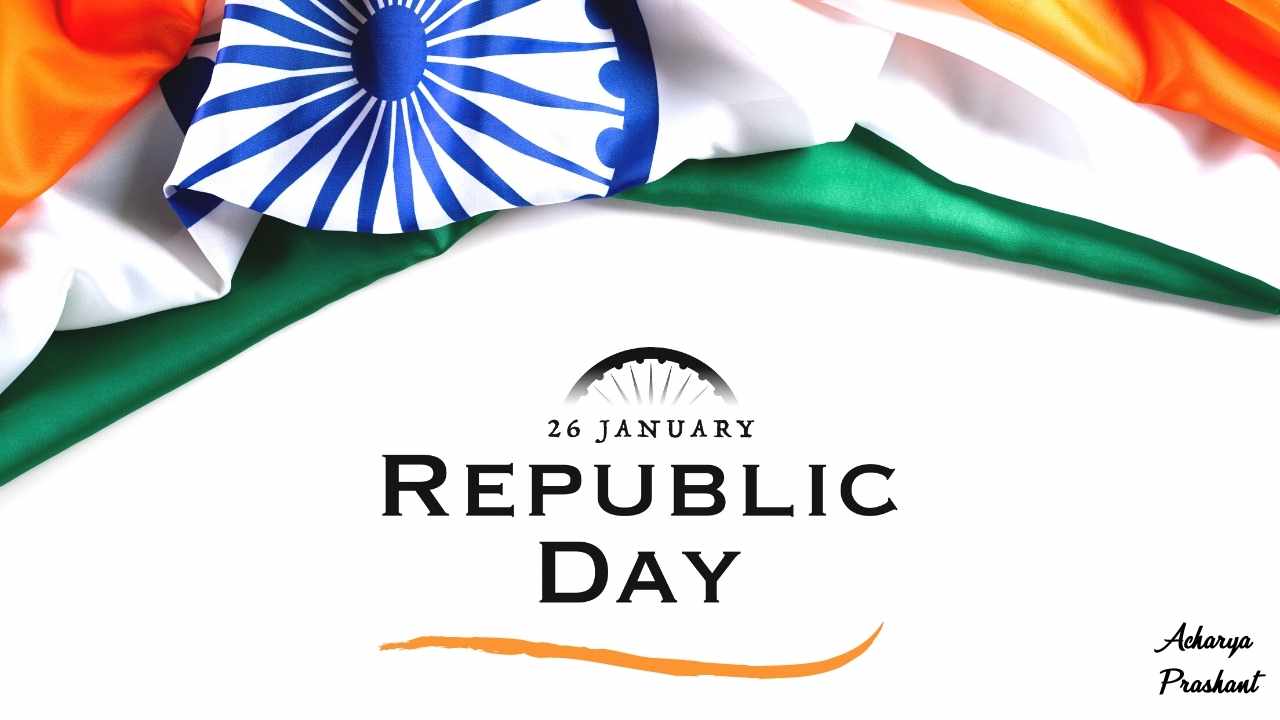 Questioner (Q): Sir, in what ways the youngsters of today have lost the love for the nation?

Acharya Prashant (AP): You cannot love someone or something you know very little of. The nation at its root represents a community of people united through certain values. For someone to really love the nation, it is important that he firstly knows what those values are. Those values must be worth loving, and even more fundamentally, certain values must exist, right? And those values cannot be just theoretical, ideals on paper.

See, a nation does not become admirable or respectable or lovable just by the dent of being a nation. You may very well have, theoretically, a nation that’s founded on hatred towards a group of people or something, right? And there are so many nations that have come into existence this very way; they exist because of a certain dislike towards something. We have had nations in history that existed just to obliterate other nations, and we have had nations where the connecting thread is as fragile as a shared language, shared ethnicity, shared food habits. So, a nation is not necessarily lovable on its own. 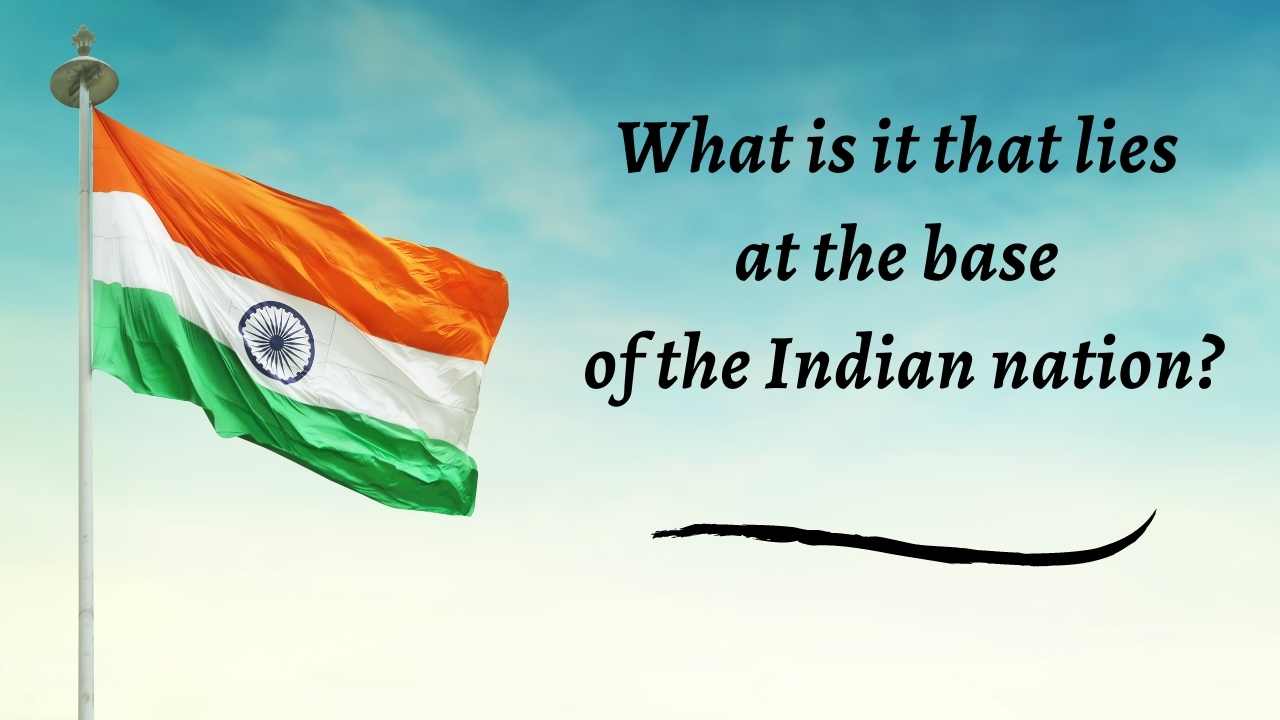 What is it that lies at the base of the Indian nation? Firstly, do we know that? Secondly, is it worth loving? We have to investigate these questions. What lies at the foundation of the Indian nation? Are we just a disparate group of people living politically together for the sake of convenience? If you say you are an Indian and I say I am an Indian, what connects and unites the two of us? Most people do not want to go into this. Most people are far more eager to talk of diversity than the underlying oneness because talking of diversity is easy, no? What you are saying is: “Oh, he has his own uniqueness, he has his own individuality, he has his own idiosyncrasies, and that’s about India.” Fine, I accept it, each one of us is different. But isn’t it commonsensical to ask that if each one of us is different, then what is it that enables each one of us to be called an Indian? Is it just a thing of political convenience, is it just a thing of past legacy, or is there something more alive to it? That’s a question that, unfortunately, we don’t ask or address; that’s the question that, unfortunately, neither the leadership nor the intelligentsia seem keen to take up. And if you do not answer that question, then how do you expect youngsters to really be loving towards the Indian nation?

People are keen to identify themselves with something or the other. So, even if youngsters do not know what is at the root of the nation, they will still manage to have some kind of patriotism. One cheers for India in cricket matches, but that is in no way an indicator of true love because you cannot have love without clarity. When you say you love India, and you are asked, “What exactly do you love?” you have no answer to give.

For most people, India is just a bit of land, a boundary on the global map, a political entity. Now, these aren’t exactly things you can fall in love with. If you have to fall in love with something, then the thing has to have a sacredness in it, a beauty in it, a certain beyondness in it, no? These are the things you associate with love, right? If you are to really love India, then India has to be more than a political entity; then you have to know the values that constitute India. For that, first of all, there has to be values, and people who worship those values; values worth worshipping.

How has India been a nation all throughout in history? India has been a nation because of its Vedantic foundation. I understand it will be quite risky for most people to acknowledge this, but that’s what lies at the base of the Indian nation; values that come from Vedanta. 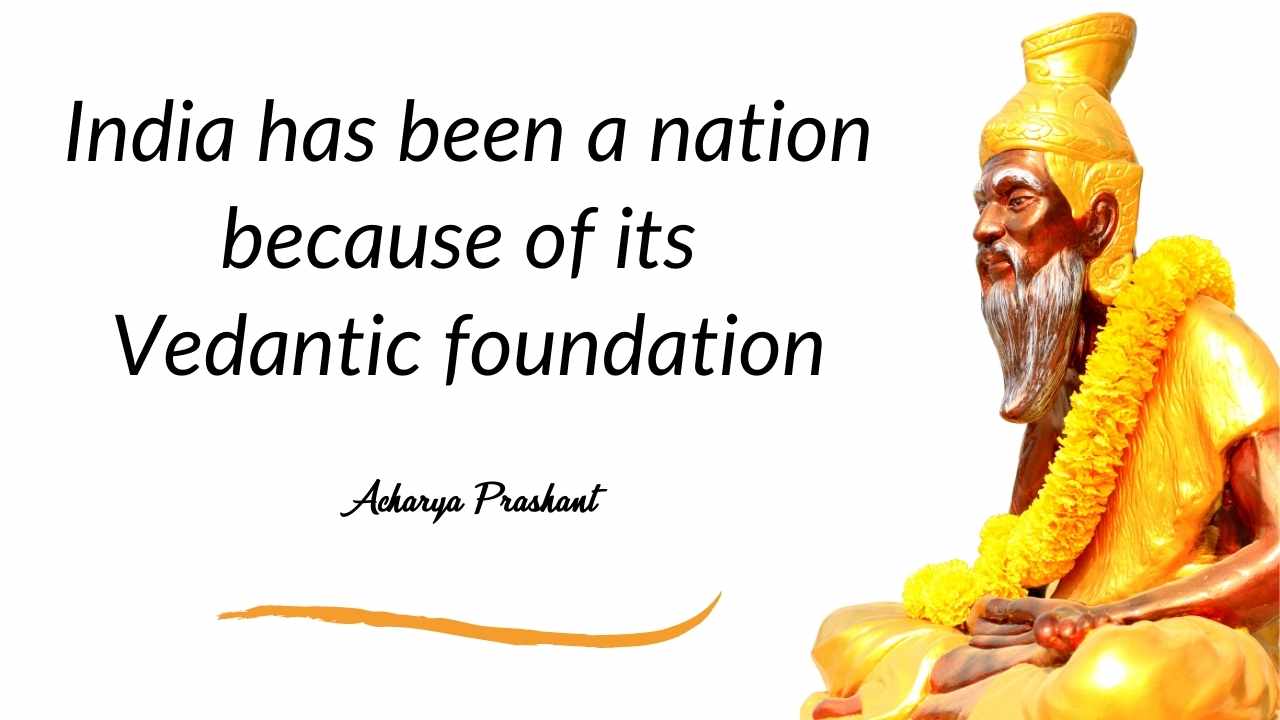 And now you know why youngsters have only a shallow relationship with the nation today: because they are not familiar with the underlying values, the underlying Vedanta. So, for practical purposes, they will remain Indians. An Indian passport is there, an Indian jersey is there, and somebody will ask them, “What does it mean to be Indian?” and they will come up with some icons of Indian culture, like dosa, masala dosa (a famous delicacy of southern province of India).

I challenge you: How do you represent India to someone of another nationality? Tell me. When you go abroad, how do you express what you mean by India? Beyond the area on the map, what does India mean to you? How do you communicate it to, let’s say, that Dutch national? How do you communicate it? It is quite horrifying, but you have very little beyond the masala dosa. Maybe you have a few other things, like Bollywood, the bhangra (a dance form from North Western province of India), the cow—the cow sitting in the middle of the highway that is—the monkey riding the elephant, peeing by the roadside, no? You’d say, “Mahatma Gandhi!” or you’d probably talk of the colours of Holi, or you’d probably talk of the Diwali lights. These are all good, nice, vibrant images of the Indian landscape. Can you fall in love with these? Tell me. The question was about love, right? I mean, it’s not so easy loving masala dosa, or is it?

That’s the entire thing. We do not know what India stands for. To us, India stands for victory in a cricket match over Pakistan—no, now it’s Australia—and the Kumbh mela, Naga Sadhus, Yoga. 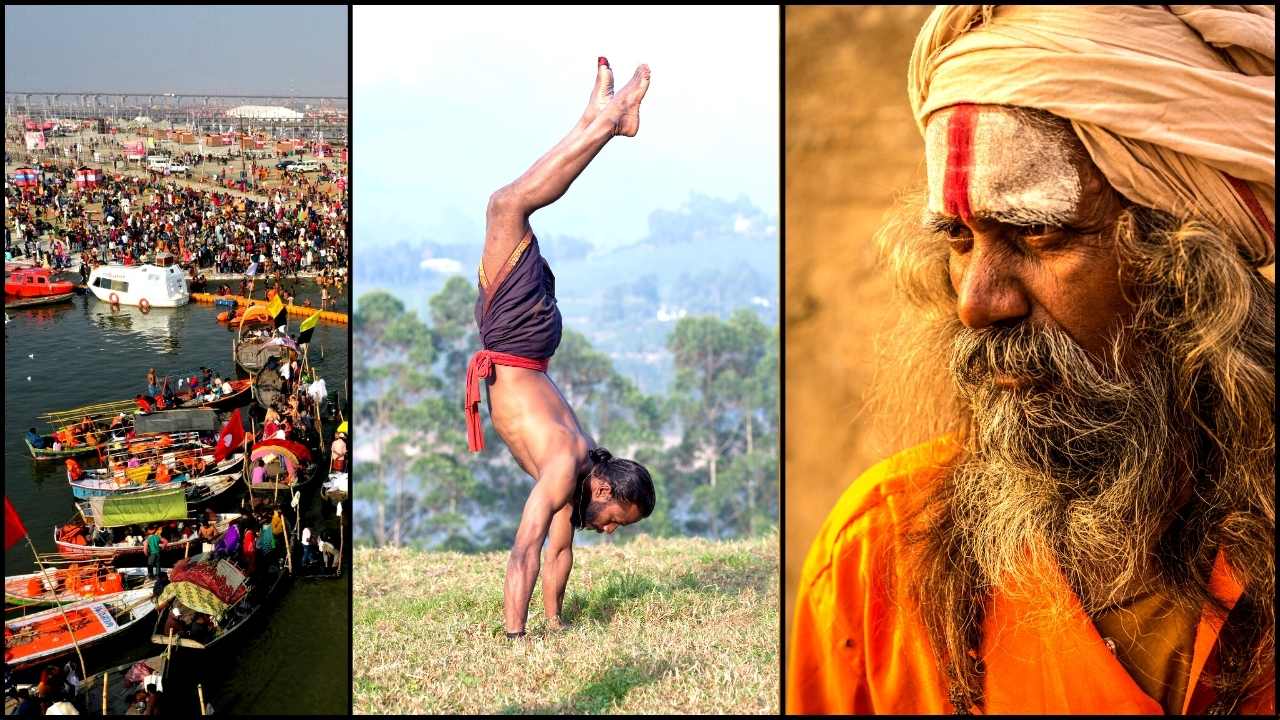 What is India to you beyond all this? Tell me! And if India is very little beyond all this, how will you fall in love with India? How? You can have some parochial pride, but that parochial pride is in no way love, or is it? To love, you need something, I said, sublime, something sacred, something worth worshipping, and it’s a sad thing that that which is worth worshipping does exist in India but is often not deliberately introduced to us.

The present generation has been deliberately starved of the essence of India. No wonder they have no real feeling towards the nation. They are Indians only by name, only by passport—and they don’t want to remain Indians even in name. Is it not so? The fellow’s name was Asmith, didn’t take long for him to turn an ass. We don’t want to remain Indians even in name. Go to YouTube or any of these social media, and you will find all Indians having usernames like, the fellow’s name is Martin Hawk. Martin Hawk! We think of these things as trivia, right? The fellow’s name was Martand; Martand means the sun. Martand Kumar became Martin Hawk. We think of this as some kind of a passing fad. It’s not a passing fad; it points towards something deeper. The fellow is ashamed of his identity. He wants to wear a totally different persona, which is bound to happen because he does not know his identity. The identity of India, the root of the Indian nation is essentially spiritual. You devoid Indians of spirituality and they will remain Indians only in name.

Acharya Prashant discusses in-depth about India in this book.

Acharya Prashant is an emerging champion of socio-spiritual awakening in the world today. An alumnus of IIT-Delhi and IIM-Ahmedabad, and a former Civil Services officer, Acharya Prashant is an acclaimed Speaker, Vedanta Teacher and author of over 50 books. Apart from that he wears various hats: a veganism promoter, an environmental activist, a science activist, a campaigner against superstition, and a champion of essential human freedom. Know More